Mollificio Valli has installed an electrical energy production system based on the photovoltaic conversion. It is connected to the network and is characterized by a power whose highest peak is 29 kWp in standard condition of temperature and irradiation (STC). The system makes use of thin film technology of amorphous silicon triple connection, is made with flexible photovoltaic rolled sections UNI SOLAR (power 68/144 Wp) integrated to the cover metal plate RiverClack485 (RiverClack485 Elios System) and is certified according to IEC 61646 class II with power warranty for 10 years at 92%, 20 years at 84% and 25 years at 80%. The operation data are sent to Power-One Portal allowing the monitoring of the system and the analysis of the production of photovoltaic energy. 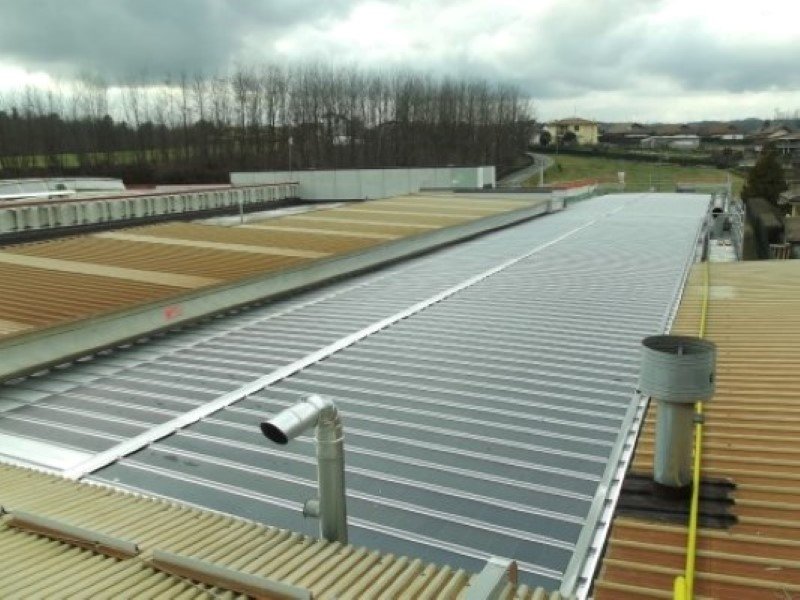 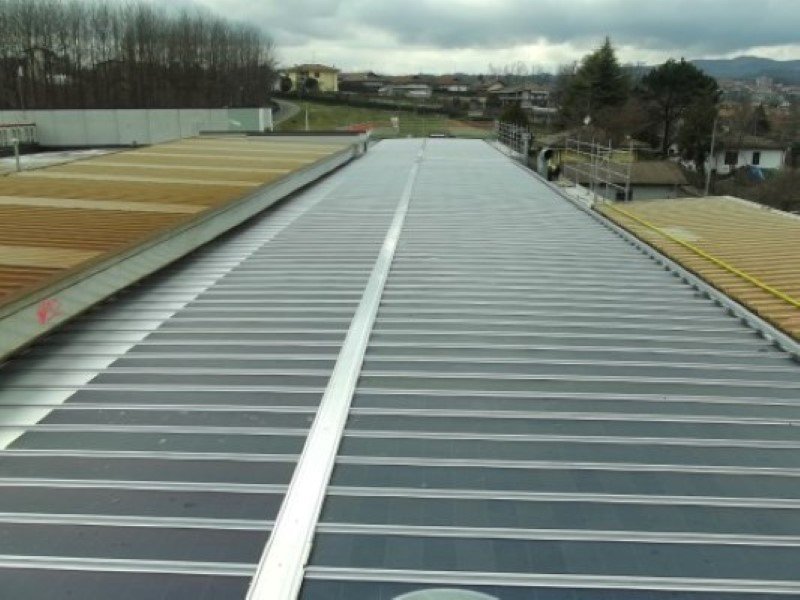 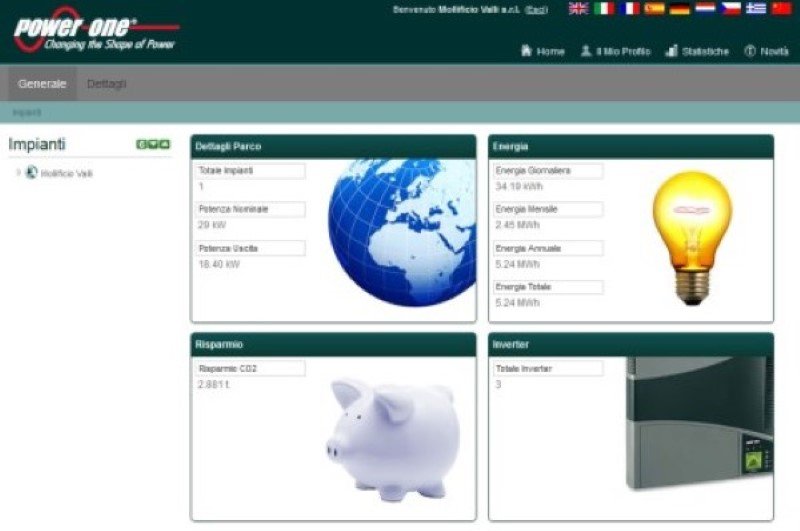